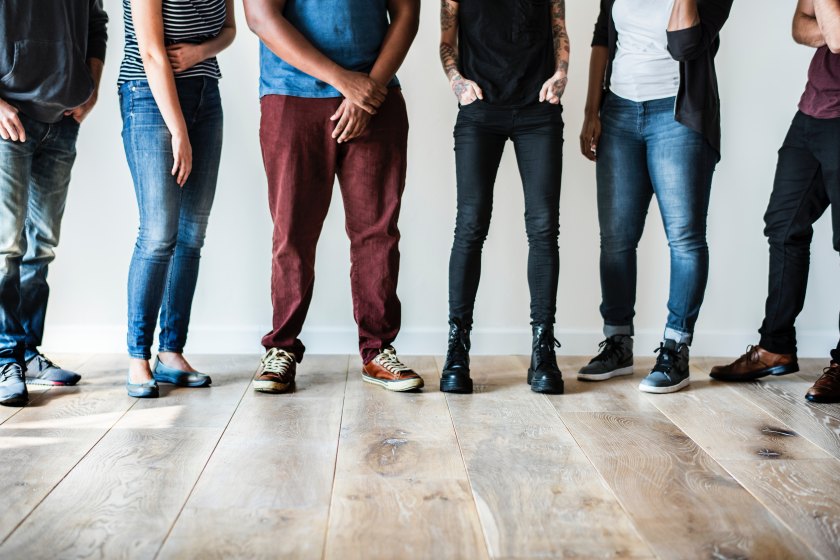 Before I got comfortable with the fact that I was reasonably good at public speaking for a 5th grader, the nerves right before stepping up to the invisible podium at the front of the class were the worst. My palms would get clammy. I would fidget in my seat and jiggle my legs until I heard the teacher call my name. In those seconds from my chair to the stage, the fear of being rejected by my classmates surged and threatened to destroy my resolve. Still, I got up to the front, took a breath, and shared anyway.

Thats how I feel about this post. There is a very big part of me that has delayed writing this post for fear of rejection from you. A part of me doesn’t want to be this honest because I know revealing this little corner of my thoughts might make you uncomfortable; it might even cause you to disown or reject me. But as these thoughts trapped in the confines of my mind demand to be released, I’ve decided to breathe and share anyway.

Fair warning, this is about race. So yeah…

I grew up in the suburbs of South Orange New Jersey and went to local public schools for most of my elementary school career. We lived in a pretty diverse town with different races, religions and beliefs. Celebrating Black history month or remembering the Holocaust was a collective event; everyone seemed to participate. As kids, we were taught about the injustices that happened to groups of people but were taught to do better. So when I learned about the slave trade, the civil rights movement, Ruby Bridges and other activists, I always left with a sense of pride. As a class we discussed and vowed to not let those things happen again. Call it naivete or youthful ignorance but what ever it was, it gave me a sense of belonging. If my best friend Rica was going to fight for my spot at the same table, I would fight for hers too.

My family moved to Florida in 2004 and for the first time, life felt just a little bit different. I remember riding in my mom’s car, just past the local high school, and seeing a confederate flag fly high in some random strangers front yard. “Did I just see what I thought I saw?” I thought to myself. “Surely, I’m mistaken. That can’t be the flag we learned about in school.” As soon as I got home, I ran to our family computer, waited for the dial up signal to clear, and google searched the confederate flag. There it was. I wasn’t remembering history wrong; it was an exact replica of the flag I just saw against the blue Florida sky. “Why in the world would they have that in front of their house? And why isn’t anyone doing anything about it?” Deep down inside, before I could even put words to the feelings settling into my soul, I knew and internalized this truth: I was not welcome and even worse, my skin color was still “less than.” Eventually that lie was repackaged and reiterated into phrases like, “You’re oversensitive,” “You’re the whitest black girl I know,” or my least favorite, “You’re black but not black black.” I was 13.

Unfortunately, the world has struggled with racial harmony since the days of Abraham. From the Jews and the Samaritans, to the colonizers and the Africans, to the Germans and the Jews, to the Hutu and Tutsi, racial tension has been present in every generation. Our natural bend as humans is to gravitate towards things and people that are most like ourselves. As Matt Chandler says, “The ease of likeness will always pull on us over the beauty of diversity. ” Why? Because diversity is messy and difficult. Actively seeking diversity means that you’ll step on toes, say things you didn’t know you couldn’t say, and even after you try you hardest to learn about other cultures, you still may trip over a land mine. Fighting racism is tiring. So, instead of grappling with that tension, we head back to our corners where people “get us” and choose to be blind to it. But dear reader, don’t be fooled. The fight for racial reconcilliation is the fight for the Gospel. Fighting racism is not for the faint of heart. The fight for racial harmony doesn’t start with breaking down age old systems. It starts with sacrificing comfort daily for the good of your sisters and brothers. It starts with realizing there is so much more at stake. It’s a fight for love.

Thankfully, because of God’s overflowing love for me and my young heart, over the years He has placed people in my life who willingly enter the fray on my behalf and combat that deeply evil and nuanced lie. A few years ago I received a picture via snapchat from one of my good friends Janelle. It was a picture of a black baby doll in a play stroller which I could only assume belonged to Janelle’s daughter, Norah. Over DM’s, Janelle explained that her mom bought a black baby doll for Norah to play with. She wanted to make sure Norah grew up embracing all skin colors. I couldn’t help but chuckle as I stared at the picture and even though it was a casual, humorous exchange between friends, I ended up sharing that picture with my siblings and my cousins. To me it was more than just a picture. When I read the caption on that photo, it screamed,

“I AM FIGHTING FOR YOU!

YOU ARE ALWAYS WELCOME!

YOU ARE VALUABLE TO ME!”

My guard, that I unconsciously held every day of my life and to this day still hold, immediately fell.

I believe that is what Martin Luther King Jr. meant when he said he had a dream. Not only did he hope to see racism eradicated but also the spirit of racism, prejudice, racial injustice, and hate eradicated by intentional, day-in and day-out, sometimes uncomfortable, love.

I challenge you to do just that. If your inner circle looks just like you, I challenge you to fight for diversity and seek out friends of different races. Fight for racial harmony and ask yourself the hard questions. Cultivate empathy for those you don’t understand. There are people and kids, like 13 year old me, all round the world fighting off these lies on their own.

If you want to learn how to become and ally and learn more on the impact of racism, I recommend first reading Martin Luther King’s “Letter from a Birmingham Jail” (yes, MLK Jr. went to jail y’all). If you’re curious about racial reconcilliation from a biblical perspective, watch or listen to Matt Chandler from the Village Church. Chandler goes in to great depth each year about biblical racial harmony and reconcilliation; check out his sermons here and here. And if you’re open to discussion, DM me on instagram @posttwentyfivelife. I’m no expert but I’d love to chat!

This site uses Akismet to reduce spam. Learn how your comment data is processed.